Against the backdrop of Russia’s war with Ukraine, FairValue Corporate & Public Affairs is committed to supporting Ukrainian refugees who are forced to leave their homeland, firstly to the countries bordering the conflict, but also to Europe and the world. (…) 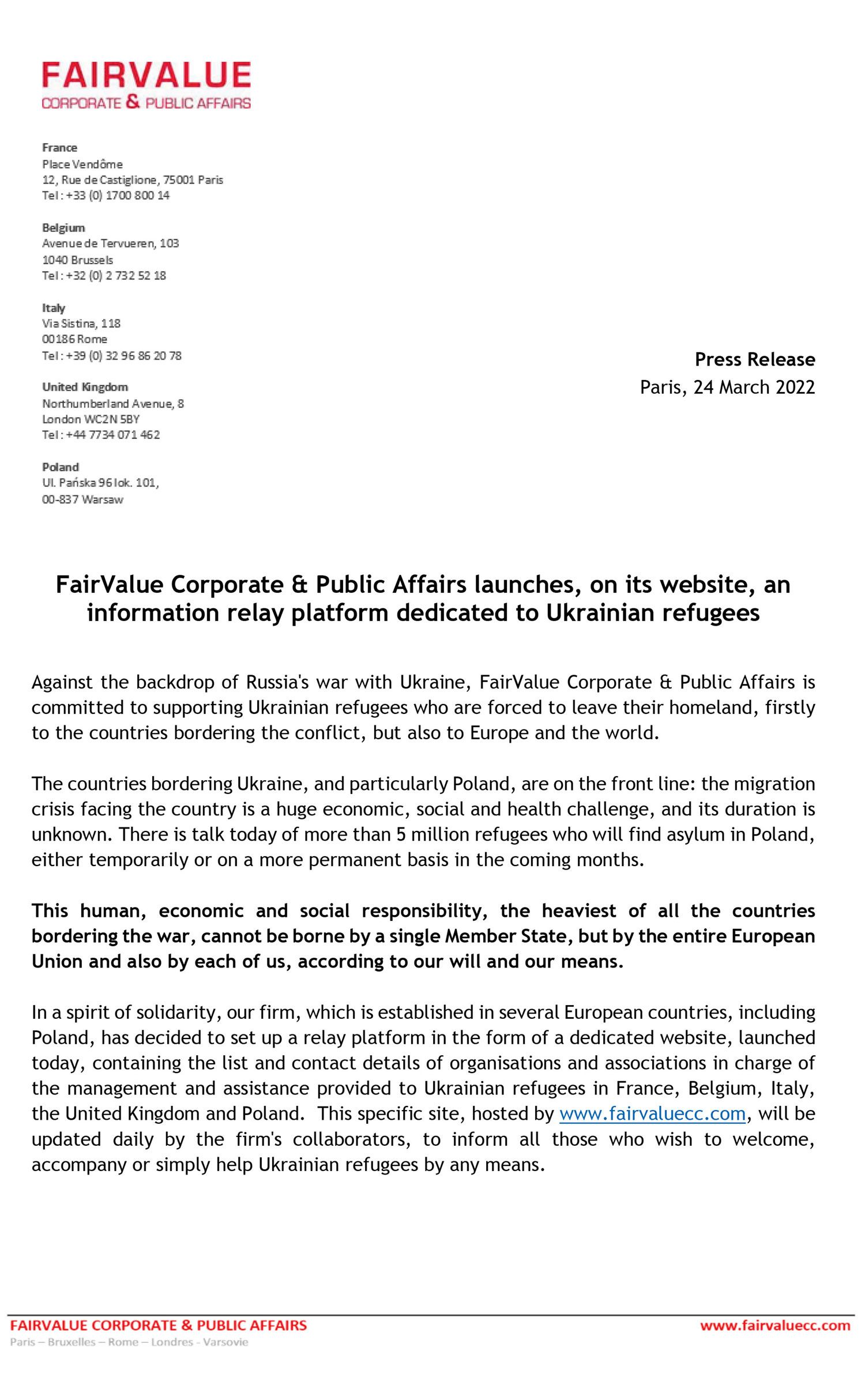 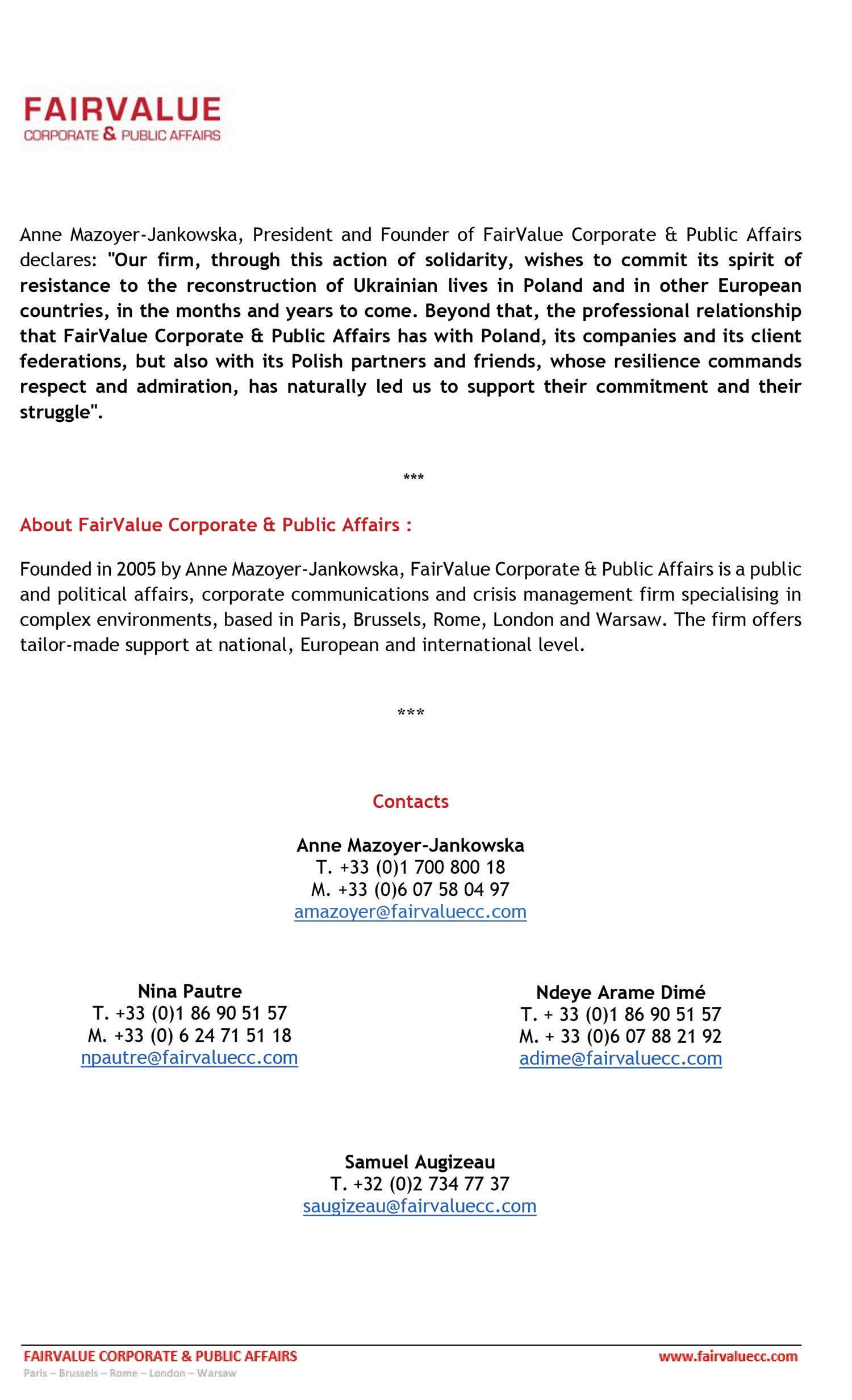 News from the war in Ukraine

As the Russian-Ukrainian war enters a second phase of its history, the wave of migration, which was immense during the first months of the conflict, is drying up. In this sense, the relevant information shared by the relay platform in support of Ukrainian refugees is becoming less numerous, which is why this page will henceforth be updated by FairValue Corporate & Public Affairs on an ad hoc basis.

On the 28th of July, nearly 7 million Ukrainians have left their country, representing 16% of the Ukrainian population and including more than half of the country’s child population.

According to the European Commission, the European Union is expecting 7 millions Ukrainian refugees. In addition, 6.1 million people have been internally displaced.

While the first wave of migration is over, according to the Polish Economic Institute, many Ukrainians are still seeking asylum. The 6.5 million Ukrainians who have not yet left their homeland may soon arrive in Eastern Europe. 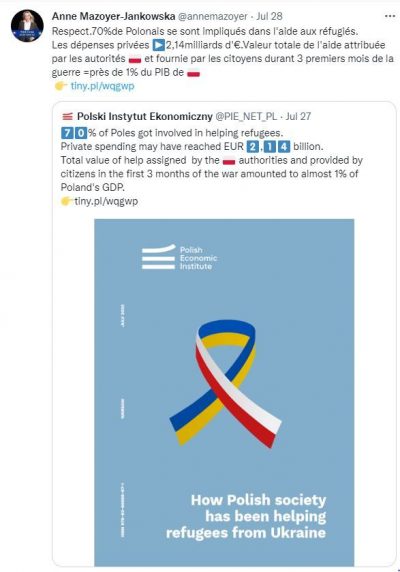 FairValue Corporate & Public Affairs has listed the contacts of organizations and associations that help Ukrainian refugees in France, Belgium, Italy, the United Kingdom and Poland.

This list is not exhaustive and will be updated daily by by the office’s collaborators. It thus allows a centralization of information on European movements for Ukrainian refugees. 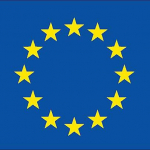 The Commission has set up a Solidarity Platform, bringing together Member States and EU agencies, to coordinate support to Member States in need.

The platform will help organise transfers of people within the EU to Member States with reception capacity and can also help establish pathways to third countries that already host large Ukrainian communities, such as Canada or the UK.

The private sector is also showing solidarity, with many transport operators organising humanitarian trains and providing free tickets to those fleeing. The EU is helping repatriate non-Ukrainian nationals who have been caught up in the war in Ukraine, for example through the first voluntary humanitarian return flights from Poland to Tajikistan and Kyrgyzstan supported by Frontex. 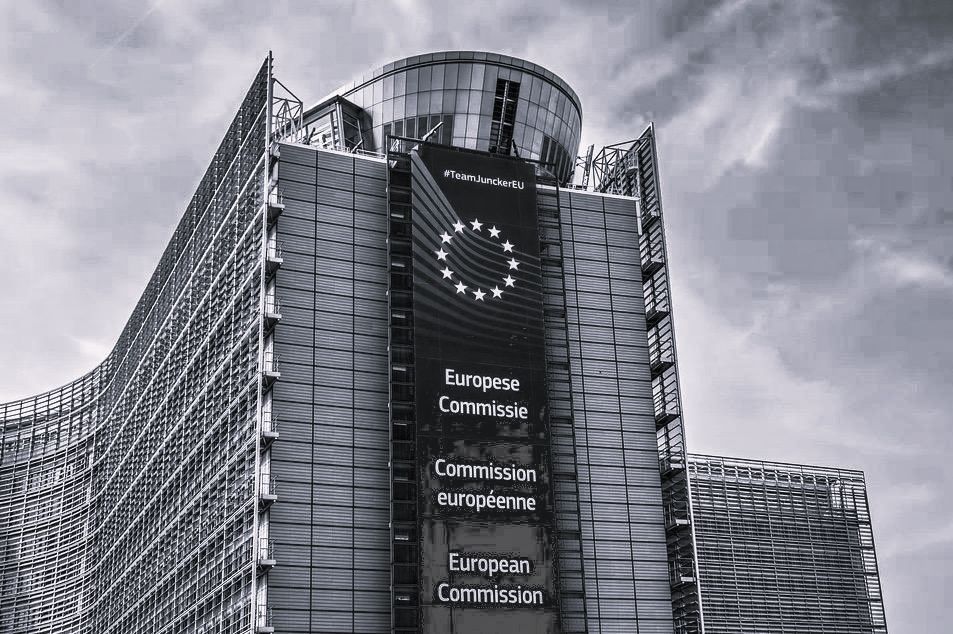 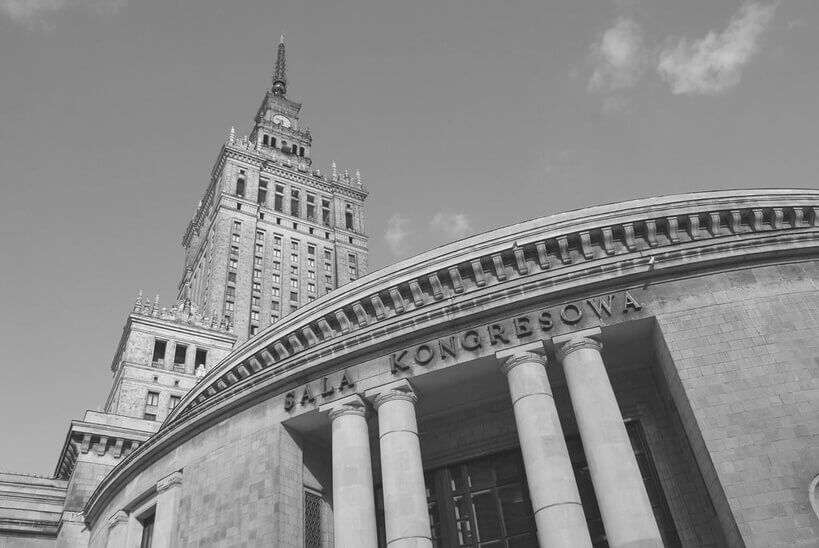 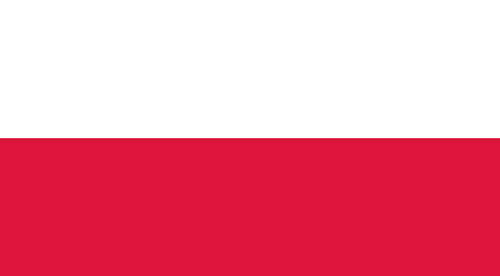 This Facebook group brings together a volunteer community of 1,000 Polish women who provide safe travel for Ukrainian refugee families from the border.

The French Government has extended the State Guaranteed Loans (SGL) scheme to help companies affected by the consequences of the economic crisis caused by the Russian-Ukrainian war.

Prime Minister Elisabeth Borne announced on 3 October 2022, a financial aid for French households hosting Ukrainian refugees in their homes, amounting to between 150 and 200 for a few months.

Humanitarian convoys to Ukraine, to distribute food and basic necessities to refugees

You can make a donation :
by credit card or Paypal transfer on the HelloAsso website
by check addressed to “AMC FRANCE-UKRAINE” to be sent to the address “AMC France-Ukraine, 17 rue Saint-Exupery, 78470 Saint-Rémy-lès-Chrevreuse.”
by transfer to the association’s account: you must download the RIB of the association and make sure to send your details or Kbis to the address : with the heading “Received by transfer”.

You can donate to emergency relief funds.

You can donate on this site: https://don.protection-civile.org/soutenir.

A public platform for volunteering, proposed by the Civic Reserve. It connects those who want to act for the general interest with associations, public institutions and municipalities that need volunteers.

You can make your financial donations online on the secure platform : https://www.banquealimentaire.org/urgence-ukraine

> The official platform “I am committed to Ukraine” launched on March 8, 2022 by the government is intended to support French people wishing to host Ukrainian refugees in their homes and welcomed in France. 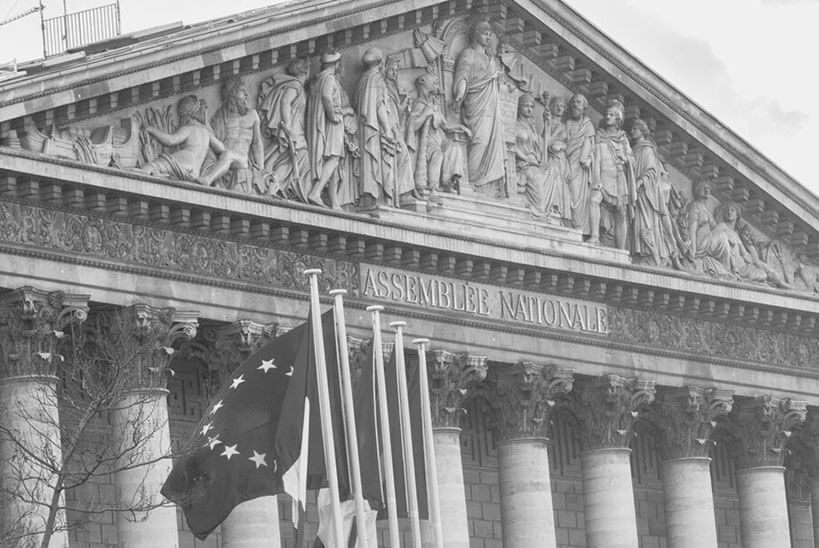 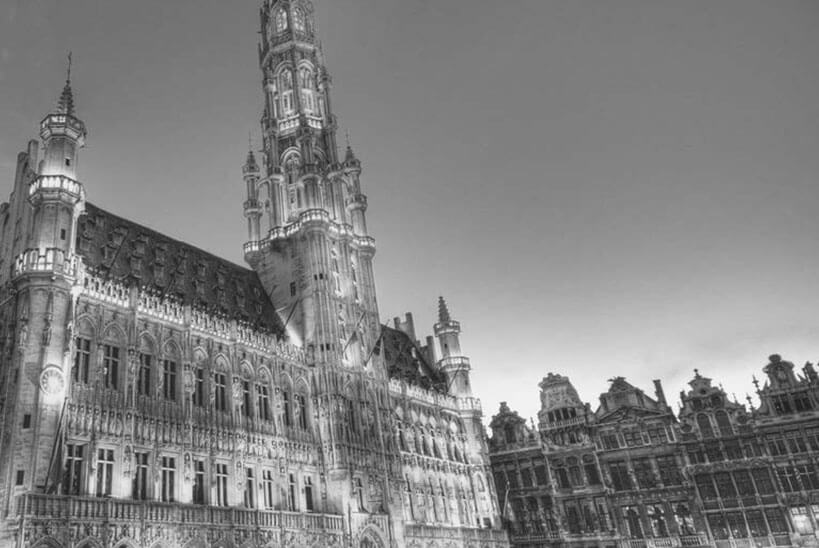 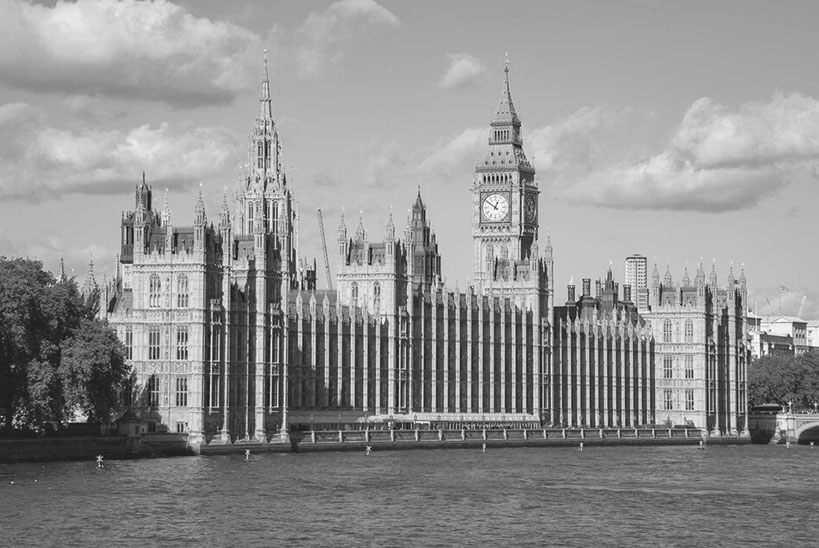 Donate to UK for UNHCR (unrefugees.org.uk)

Our work in Ukraine | Save the Children UK

Razom is a non-profit Ukrainian-American human rights organisation. Donations to its appeal will support the delivery of essential goods, the translation of important documents and sources, the sharing of vital information, and the placement of volunteers on the ground.

How can I help Ukraine refugees? Where to donate clothes and how to find collection points in your local area (inews.co.uk)